LUCKY THIRTEEN
Synopsis:
Twelve women are dead, and a thirteenth is missing. Detective Ray Reynolds races time to catch a killer. Nothing ties the victims together, except the way in which they died. What Ray discovers blows him away as the battle takes on a supernatural element. There’s just one small catch — evidence points to Ray as the murderer. From a small town in Mississippi, Larkin Sloan is a dynamic young teacher in the equally small town of Eau Bouease, Louisiana. Abducted, she foregoes common sense and rational behavior in order to stay alive and not become the thirteenth victim of a serial killer.

WHATEVER IT TAKES
Synopsis:
Detective Raiford Reynolds has always done whatever it takes to crack a case, but when the case involves hurting his family, and he is not the one even investigating, he changes his tune quickly. Suddenly, whatever it takes includes putting the life and well-being of his family and friends in danger, especially his headstrong youngest child, Cherie. Ray must come to terms with the fact that he is growing older and many things are changing. He must learn that whatever it takes means letting go and not being the one in control of a situation. Whatever It Takes makes a detour from tracking a crazed killer as in its three predecessors. This time the residence of Eau Boueuse, Louisiana, deal with an organization of neo-Nazis who will do whatever it takes to advance their warped agenda. Ray suspects that the Feds have an agent undercover within the group, but he has no clue how close his own family is tied to the operation. Whatever It Takes is filled with intrigue heightened by forbidden romance. And once again, the underlying theme of faith in the worst circumstances encompasses the characters. 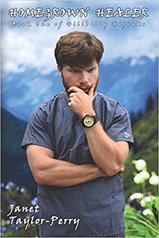 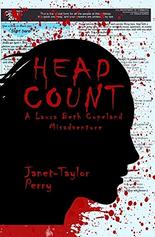 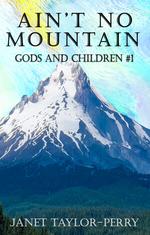 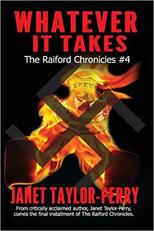 HEARTLESS
Synopsis:
Police Chief Ray Reynolds did not think there could be a more brutal, heartless killer than Latrice Descartes whom he had encountered fourteen years earlier. His thirteenth wedding anniversary dinner is interrupted by one of his detectives to tell him an old married acquaintance, who also happens to be a United States Senator, has been found murdered in the presence of a much younger woman and that both are missing their hearts. Ray becomes embroiled in another murder mystery that touches even closer to him than the one involving Latrice Descartes.

Police Chief Raiford Reynolds learns that true evil never dies until the end of time as he encounters a brutal, maniacal killer bent on revenge. A number of police officers and FBI agents are assassinated by a skilled sniper who leaves no evidence. The first dead law enforcement officer is Ray's own sister-in-law, and all the others were somehow instrumental in the capture and death of Latrice Descartes twenty years before any one of them was killed. Once again, Ray finds his personal life and his professional life cannot be separated as his family become targets of a mad man.

Alone, confused, desperate, Aidan O'Rourke never dreams that talking to old Diggory Danaher will take him on an adventure of a lifetime. After months of stories about a mythical island and his father, Aidan decides to find out for himself if his father is alive and living as a panther on the enchanted island. Stowaway wives, a lost father, bewitched human beings, a wicked witch, pirates, and friendly dragons combine to draw Aidan into a web of intrigue of good versus evil as he becomes the champion of a land that only exceptional humans can reach. Aidan proves how exceptional he truly is through the power of faith and unconditional love.

The lust for adventure leads Rennin O'Rourke to read the memoirs of his ancestor and namesake as he shares parallel exploits. His quest brings him to his wife, the California gold fields, close encounters with death, a murder charge, The War Between the States, and ultimately back to a mythical land where only exceptional people may go. Rennin meets Rebekah Sinclair, and the two of them embark on a lifetime of love and adventure as both are constantly compelled to return to a mythical place they have only read about. Draconis calls them home.

​Not having seen each other in sixteen years, sparks fly immediately when April Chastain misrepresents herself and returns to her hometown of Magnolia Blossom, Mississippi, to work for Russell Dalton, a man she has adored since childhood. They find themselves caught up in a web of romance, mystery, and danger. Left for dead at the age of six, April was miraculously spared by a man-size teddy bear, a gift from Russell. As clues about the murder of April's parents trickle to light, evidence surfaces that points to trusted friends as possible murders. Several other deaths and a high number of cancer patients are linked to suspected illegal dumping of toxic, water-soluble cadmium. Through it all, the one constant is an inanimate teddy bear, which holds a secret. The world of investigative reporting proves to be a roller coaster of intrigue, secrets, and tumultuous relationships in Wilted Magnolias.